This thing has been happening since times immemorial, but we only put a name to it 80 years ago, and we only started paying attention to it a few years ago. It’s called gaslighting, and fortunately, people have been talking about it in the last few years. It probably happens to a lot of us on a daily basis, or we may be doing it to people without realising it. But what’s important is to learn and unlearn, that’s what this article aims to do – although there’s no end to the number of things about it.

So, have you ever been told that you’re making a mountain out of a molehill when confronting someone for something they did? These are ways people gaslight you.

Simply put, gaslighting is a form of emotional or psychological manipulation where someone sows doubt in the targeted individual’s mind, making them question their memory, perception, sanity. It’s what you can call a power play in most cases.

Did you know? The term originated from a mystery thriller titled “Gas Light” written in 1938 by Patrick Hamilton, which was later made into a movie.

Here’s a video that explains it well:

Spotting It: Here are Some Traits You Might Be All Too Familiar With

How Do You Deal With It?

There are no hard and sure ways of handling being gaslighted, because it’s excruciatingly painful, but there are some strategies that may help you break the cycle.

Being gaslighted can often impact you in deeper ways than you know. You may find it hard to stand up for yourself, because you think you’re “overreacting,” or maybe you’d just avoid confronting people about situations, because they’re likely to deny it and make you feel stupid. Of course, there’s no way to avoid someone else’s gaslighter tendencies, it’s important to tell yourself you are important, and that the so-called “your truth” is still “the truth.”

Here are some of the resources that give you a better sense of what it’s like to be gaslighted and how you can handle it! 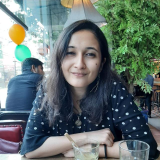 3 replies on “Gaslighting : Have You Been A Victim Of It?”

I had no idea what Gaslighting was. Thank you for sharing this

This is an awesome post! And it’s so true! I’ve been gaslit too and it’s the worst form of bullying. I eventually went no contact! Thank you so much for this post! So many people need to hear this!

[…] article is a repost of an article I guest-wrote on Digital Dialogues! I wanted it to help people spot toxic patterns in their life by […]

Did you watch the Unacademy IPL ad? Conceptualised by Lowe Lintas, the Unacademy ad adds a new flavour to the #education system of India!
Want to know The Road Ahead in the Post-COVID-Era? Hear it directly from the expert, Hetal Sonpal, TEDx speaker and Angel Investor.
It's not who you are that defines you, but what you do.
Fashion Industry has long functioned in a uni-directional, designer centric trend.
With the IPL starting today, how can we miss out on all that action. Here are some rather interesting figures
Probably every writer ever